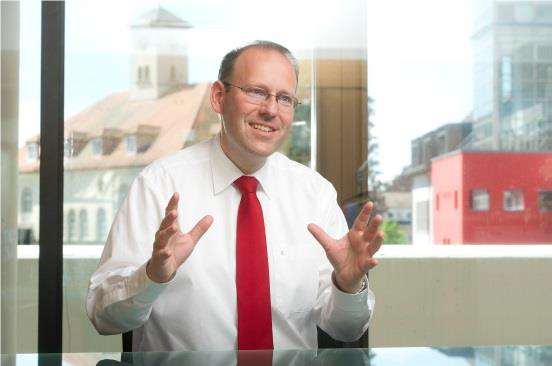 Dr. Bernd Vöhringer Lord Mayor City of Sindelfingen, Germany (State of Baden-Württemberg) Dr. Bernd Vöhringer is Lord Mayor of Sindelfingen, a city of about 65,000 inhabitants in the German State of Baden-Württemberg. He studied Economics at the University of Hohenheim. In 2003 he completed his PhD where he focused on information and communication technology within the New Public Management. From 1994 to 2000 he was a City Councillor of Sindelfingen. In 2001 he was elected as Lord Mayor and reelected in 2009 and 2017. Dr. Vöhringer is politically very committed to European and Global issues. Currently he serves as President of the EPP Group and Head of the German delegation of the Congress of Local and Regional Authorities in the Council of Europe. Furthermore, Sindelfingen holds the Presidency of the European Network of medium-sized cities, Eurotowns.